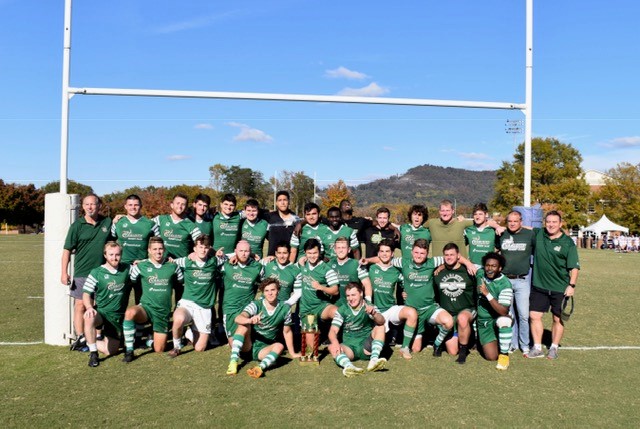 The Charlotte 49ers finished the fall 2018 season as Southern Conference Rugby Champions for the 2nd year in a row. With a defeat of UNC Chapel Hill on day one of the tournament, the stage was set for a rematch of the 2017 Final against perennial powerhouse Furman University. Expectations were high based on the 3 point difference between the teams in league play but the 49ers silenced the boisterous home crowd with a convincing 44-21 win that took them to the USA Rugby National Championship ‘sweet 16’ for the third year in a row. “The boys have been working hard on taking our game to the next level and we were able to execute against a very good Furman team” said Head Coach John Brown.

In their two previous National Championship appearances, Charlotte had not advanced past day one but this year they moved comfortably into the last eight with a win against the undefeated William Paterson. On day two, the 49ers were matched against tournament favorites, and former D1 team, NC State. In a physical, pulsating game, the 49ers were unable to overcome the power of their opponents and were defeated 35-14. With NC State going on to win the entire Championship, Team Captain Jordan Thompson took solace in the fact that Charlotte had pushed them more than any other team “…we gave away too many turnovers and made a couple of mistakes in crucial areas. They beat Whitewater 57-12 in the Championship game so we are disappointed the seeding didn’t give us a crack at them in the Final.’

With an entire squad of players from North Carolina, Charlotte is proud that it continues to develop local talent from NC high schools and other sports. “It’s a testament to how much this team has progressed that we have had our best 15’s season ever, are ranked number 3 in the nation (link), and are disappointed not to have gone further.” said Brown.

After a well-deserved break, Charlotte starts their spring 7’s campaign in mid-January where they will attempt to defend their 7 a side National Championship title.

You can support UNCC Rugby by making a tax deductible donation to the UNCC Rugby Alumni Association, Inc. The Associaion is recognized as a 501(c)(3) by the IRS. 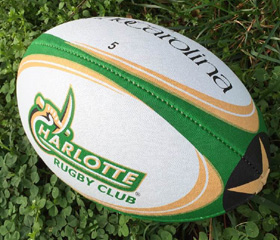 Sign up for your monthly alumni association membership here!